We arrived at the Andrews Shelter parking lot in Arthurs Pass just as the sun was going down so we just made some dinner and tucked in for the night. The next morning we sorted our packs for an overnight in the park and set off. No time to linger, the sandflies were out in full force. The van it was practically humming with life, nasty creatures! We just could not be bothered with it right then so we simply closed it up and left.

The track begins just upstream from where we parked and climbs through open scrub to the nice and shaded beech forests. A nice and serene track if it had not been for the excessive 1080 drop, there were pellets scattered just about every other step! I am sure it does the job, but unfortunately it does – and then some. We saw quite a few dead small birds along the way too, the very life the 1080 drops were supposed to aim at protecting. Hmm… Despite this, the forest was quite lively, teaming with perky birdlife celebrating spring. Again, the weather was on our side and we enjoyed glorious sun and clear blue skies. A little hard to remain in the valley with all these inviting mountains around, but the objective of this trip had been a nice walk in the park, and in that regard Arthurs Pass did not disappoint.

The trail drops back down to the Andrews stream again at Hallelujah Flat and we found a nice spot to stop for an early lunch. Next the track meanders up the grassy flats and over Casey Saddle, the grade so light you barely felt you were gaining altitude. We followed the valley track through a beautiful open beech forest towards the old Casey Hut site. The hut burned down a couple of years ago so we brought the tent for this one. DOC still service the toilet on the site though which is a bit strange, an outhouse in the middle of nowhere, but convenient. The site is beautifully located next to the Poulter river and with stunning views of the surrounding mountains, Castle Hill to the north and the Poulter Range to the east, still with a dusting of snow on them from the late snow earlier in the week. We got there quite early and it was nice to relax for a bit before dinner. Sandflies were relentless though and we eventually were forced to retire to the shelter of the tent.

The next morning we slept in for a bit and enjoyed a slow breakfast. It was an easy walk out and we were in no hurry. From the campsite the track climbs up onto the terrace covered in beautiful stands of red beech. A nice start to the day. The track soon joins an old vehicle track in the Poulter valley consisting mostly of open tussock grassland with some low scrubs and mānuka. The Poulter is a beautiful river and the views of Mt Morrison to the north were nice, but otherwise the track was a bit monotonous through the grassy expanse of Rabbit Flat along bare and exposed hillsides. Apparently a single storm had flattened the entire beech forest in the area back in 1981.

Finally we reached the turn-off to Binser Saddle and started climbing through the low mānuka scrub. The track follows the edge of a terrace into a very nice open mountain beech forest up onto the saddle. The climb was a great deal longer and steeper than it had looked from the bottom, climbing some 600 metres from the valley floor. We took ur time. Once you pass over the saddle the track drops steeply down to the Waimakariri River flats. A few kilometers of road walk brought us back to the Andres Shelter parking lot again. Always nice with loop tracks, I really hate retracing my own steps!

Once back to the van we found that our sandfly problem had resolved itself. There were hundreds of roasted sandflies on the dashboard, but alas, all dead. Sweet! We quickly loaded up and left before picking up any more live ones. Stopping for coffee at a friends house in Arthurs Pass (the village) on our way out was the perfect ending to a lovely trip. Even saw some curious Kea, beautiful birds! Sandflies aside we had a lovely time in Arthurs Pass. New Zealand is such a beautiful country! 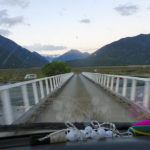 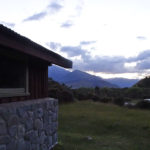 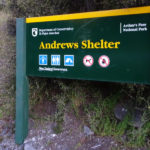 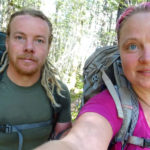 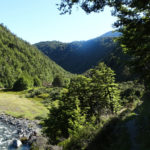 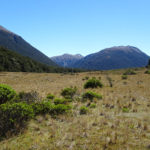 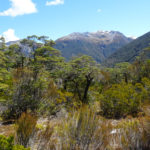 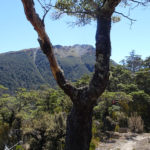 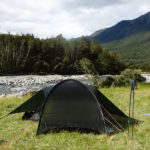 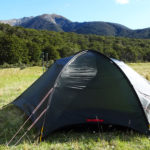 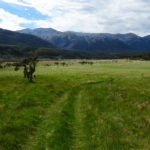 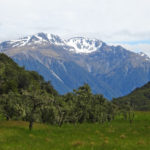 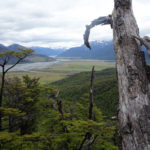 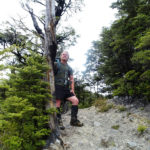