“Success is loving life and daring to live it.”

Expedition cancelled due to Covid-19

Unfortunately due to the coronavirus pandemic in 2020, we were forced off trail in Spain. So after 9 months, and 5555 km of hiking, we had to put the expedition on hold as the borders around the world closed. Since any form of global nomadic lifestyle just is not possible at the moment, and it won’t be for quite a long time, we have accepted that our expedition is over. While it is really sad to let this amazing dream go, there are so many other cool adventures we want to do–and life is short! Besides, life is so much more fun if you roll with the punches and look to the future rather than mourning the past.

Hiking from Norway to New Zealand

This was an unsupported human-powered continuous expedition with the ambition to walk across the world—from Norway to New Zealand. From North Cape in the very north of Scandinavia to Bluff at the southernmost tip of the South Pacific mainland.

As we poured over maps trying to decide on what long-distance trail to do next, nothing really felt like the obvious choice. With such a big and diverse world out there—how on earth do you choose? Besides, one of the biggest downsides to thru-hikes is that they always end too soon. We wanted to find a project that not only inspired our adventurous souls but one that would last a really long time as well.

So, since we literally come from opposite ends of the world, why not walk the distance? From Karma’s home in the north to Scott’s home the south, an epic 5+ year-long expedition! The moment the idea was voiced out loud, we knew it was the right thing for us to do! Six weeks later we had sold everything that did not fit into our backpacks and we were on our way.

Of course, there were some logistics to work out, but we just tackled them as we went. Nothing is impossible if you are just flexible enough. To be clear… by human-powered, we meant land-based and primarily walking. But due to forces out of our control, such as visa time restrictions, some creativity may be called for, like cycling or paddling parts for example. We aimed to stay off roads as much as possible and hike trails and nature paths wherever we could.

This was an expedition without all the answers at the start and one without an end date. Just the way we like it… driven by the curiosity to explore, not the end destination. Perhaps we will be able to pick it back up one day, in some shape or form.

We aim to connect (whole or parts of) trails as we walk across the world. This is partly a wish list and always a work in progress.

These are the epic long-distance trails we have, or plan to, thru-hike (hike from end to end) as a part of this expedition. 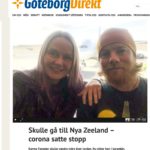 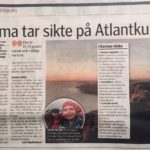 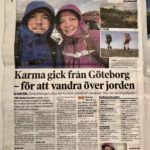 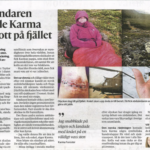 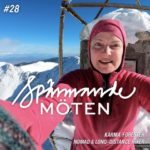 An interactive and organic document, always a work in progress. Tips and recommendations welcome!

We have put our expedition on hold