This episode covers the fifth section of our Te Araroa thru-hike, 332 km of hiking and paddling from Taumarunui to Whanganui—over an active volcano and down a mighty river!

This is a pretty cool stretch of the trail here up North, including both volcanoes and. Mighty river journey. We met up with the canoe hire company in Taumarunui. We have another week of hiking before we start our journey down the Whanganui river, but all the logistics with food and canoe rental is sorted here. We camped at the canoe company along with a dozen other TA hikers. The weather has been shit the past few weeks and many of them had been waiting for several days for the river level to drop to a safe level for canoes. It was finally looking like a good weather window for the next two weeks.

We left Taumarunui and headed towards the Tongariro Volcanic Park over the 42 Traverse. The crossing is a pretty big day, so we wanted to get an early start. We were on trail by 6 heading up the Tongariro Alpine Crossing from the northern side. The opposite side to what most people do since it adds about 350 vertical meters to the day, but since we are heading south, it is our path. Really nice to do the climb up early before it got hot. Fantastic weather, not a cloud in the sky, but thankfully a decent breeze, or it would have been really sweaty. Such a stunning landscape up there with several craters, deep blue or emerald lakes, and of course the volcanoes. We did a short detour off trail and climbed the summit of Mt Tongariro and got an absolutely stunning view of Mt Ngauruhoe from there before heading down again. Then another 9 km to the holiday park in Whakapapa Village. We treated ourselves to a cold drink and a hot shower to wash off all that volcanic dust. An amazing day on trail!

Next, we headed over to National Park, a short day and we walked just after lunch. We hung out for the rest of the day talking to a couple of TA hikers we had met a few days ago in Taumarunui. They were taking a rest day there but we did not want to have to pay for the accommodation again, so we hiked a few km out of town at sunset and pitched for free.

We are heading towards Whakahoro next where we will pick up our canoe and get on the river. It is basically just a really, really long road walk, but at least there is a small cafe at the end! Good motivator. We sauntered into Whakahoro around noon. Had an epic toasted sandwich and coffee at the Blue Duck Cafe. A nice treat!

The Whanganui River Journey is a 180km highlight of the Te Araroa trail on the North Island. The Whanganui is a large slow-moving river with a few smaller rapids as it works its way through beautiful bush. A deep blue ribbon surrounded by steep walls covered in moss, ferns, and waterfalls. The river winds its way from the mountains to the Tasman Sea through the heart of Whanganui National Park

We got our canoe and were on the river by 11. A beautiful day! The upper part of the Whanganui River is in a National Park and classed a ‘Great Walk’, so campsites must be pre-booked. Even outside the boundary, the banks of the river are usually several meters tall, so you are still confined to proper campsites. The campsite that most people paddle to on day one was full, so we went an extra 10km down the river to a smaller campsite at Mangawaiiti. Went for a swim and cooked dinner. We are carrying some treats on this journey since we don’t have to carry the weight. Real fruit and vegetables and eggs!

We got on the river early in the morning on day two. We did a short detour hike into the Bridge to Nowhere, long before any of the jet boats dropped off tourists for the day. Nice to have it all to ourselves. The bridge is a failed post-WWI road project through the bush leaving nothing but this 40m tall concrete relic spanning a gorge—to nowhere. Kind of a sad story and a bit surreal.

Back on the river again we had a bit of excitement as a hidden log in a rapid capsized our canoe and we had to swim it to shore! Thankfully everything was tied down properly and nothing was lost. We were alone on the river all day today and we were alone at the next amazing camp spot too. Ngaporo campsite, definitely a favorite. Stunning spot! A 50km day brought us down to Downs hut the next day. This is a free DOC campsite with a small basic hut. Still alone on the river and we had the hut to ourselves too.

The further south you get the less inspiring the river gets. The dramatic and magical scenery from the national park slowly giving way to more farmlands. The river widens and slows down for long sections too, making it a lot more laborious to paddle. Most who paddle the Whanganui river end in Pipriki for this reason. Te Araroa, of course, goes all the way to Whanganui. We have two more short days on the river. Short days because we have to stop early in Hipango park to wait for the outgoing tide before paddling into Whanganui the following morning.

Hipango park is a beautiful, but mostly abandoned, a campground that is sort of being kept alive by local rotary club volunteers. Its heyday was as a picnic destination for riverboat passengers in the earlier part of the last century, but the site became too difficult to reach when the riverboat service discontinued in the 1950s. Probably only Te Araroe hikers forced to wait out the tide stop here these days. A shame really.

Oh, a highlight of the river journey… WE SAVED A BABY GOAT! It was stuck on a ledge on the river’s edge and we had to paddle it to safety. Poor little guy!

We have been invited to stay with amazing trail angels in Whanganui for Xmas—soo lucky! So we are taking a zero-day and chillin’ here. 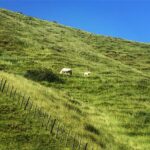 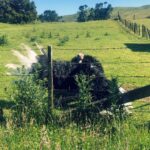 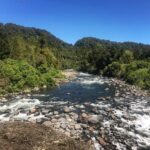 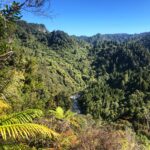 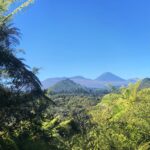 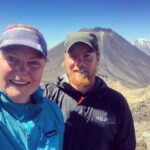 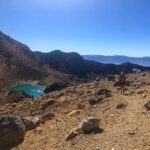 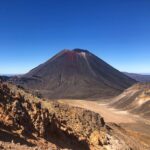 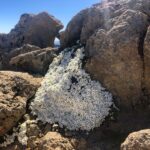 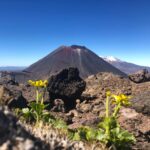 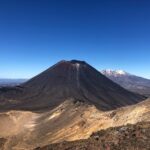 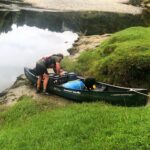 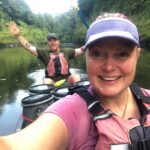 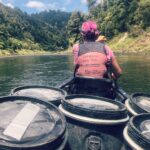 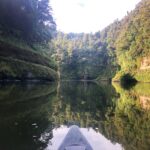 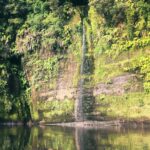 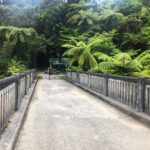 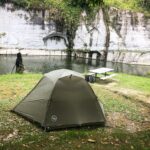 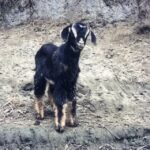 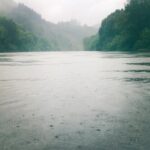 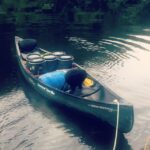 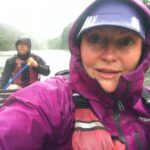 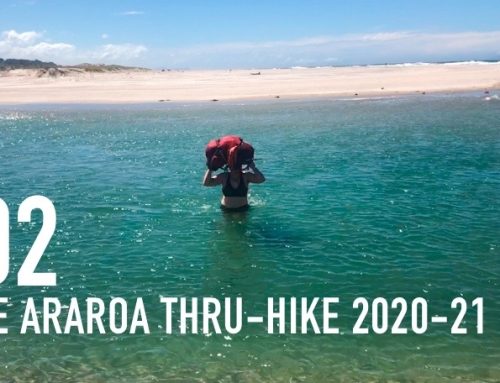