This video episode covers the second section of the Te Araroa, 242 km of hiking from Kerikeri to Pakiri Beach.

A long 17km road walk brought us to Helena Bay Where we headed up into the forest. A fair bit of climbing, at times pretty steep, but a really beautiful ridge walk. Sooo nice to be off the road. Camped up in the forest and continued on the next day before dropping down to the beach in Sandy Bay for the night.

From here we decided to push a big day. Starting with a big river crossing over the tidal Horahora river. We decided to go early as the tide was still going out so we could make the following estuary crossing at low tide. This meant water up to the armpits over the Horahora, but a fairly cruisy crossing over the Taiharuru estuary. We pitched after 14 hours of hiking as the sun was setting around ten!

Next, we pushed another long day starting with a long beach walk and then up and over the Bream Head, a prominent volcanic bluff of some 490 meters and an incredibly demanding ridge line with at least 3 decent peaks and an extremely steep descent involving some 1000 steps—at least. Knees are suing for damages and took a few days to recover. We treated ourselves to a hot shower at the holiday park at Whangarei Heads that night… well needed.

We took it a bit more easy for a couple of days to let the knees recover from all those steps. The weather had been a bit more unstable and wet lately. We were literally chased by storm clouds coming down 16 km long Pakiri Beach, so we pushed on, crossing the river at the end at high tide. The water was waist-deep and coming in fast but we made it over in time. The long road walks and camber on some of the really long beach walks are a bit rough on the body though and we are feeling it a bit.

A steep climb up from Pakiri Beach leads the trail up into Omaha forest immediately followed by Dome forest. A full day of climbing along these two rainforest ridgelines. We found a pretty stealthy spot to camp on the other end with a Tui serenading the setting sun and a Morepork owl calling from the tree just above our tent. Living the good life!

A pretty hot and sweaty day of climbing dropped us into Puhoi. A small village centered around its iconic pub. Sort if the last rural outpost before we head into the Auckland suburbs. We stopped in for something to eat and drink and then camped at the sports field across from the pub. Nice.

The trail out of Puhoi now includes the Puhoi river, a very expensive and very short kayak journey. The alternative takes you down State Highway 1. Not so hot… and the police are not too keen on seeing hikers on the road there either. So we hitched down to Orewa and picked up the trail there. We pushed on as we needed to get to Stillwater mid-day to catch the low tide for the Okura River crossing. Perfect timing, the tide was out and the river was only chest-deep in the channel. We spent the night pitched on the front lawn of trail angels in Torbay. Shower and laundry too—legends!

Walked into Auckland in the rain the next day where we were picked up by a friend who brought us home for dinner and a dry bed for the night—sweeeeet! 💜 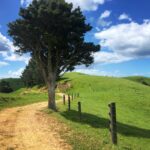 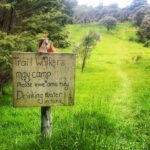 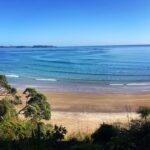 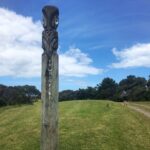 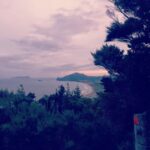 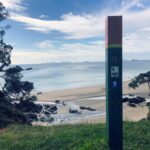 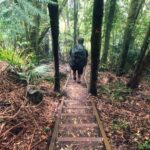 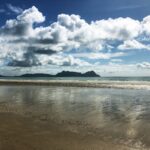 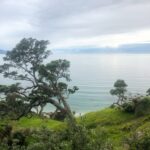 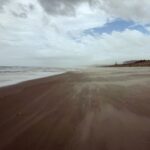 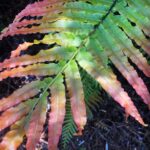 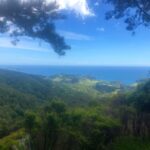 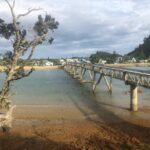 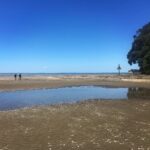 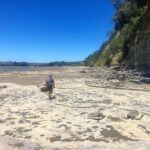 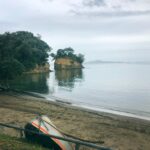