The alarm went off at 3:45 (!)… nothing like three hours of restless sleep to make you feel refreshed and ready to take in the day. Nova seemed a bit confused that I actually woke her up for a change, but she was game. I will miss the little bugger. Mom dropped me off at the airport in Gothenburg at 5:30 and I was airborne an hour later. Smooth start. The adventure has begun!

First a stopover in Amsterdam with a several hour layover before the next leg. Not too bad really. Schiphol is a pretty nice airport, light, reasonably clean, free wifi, and the sunrise over the wet tarmac was pretty magical too. Especially considering the pouring rain and sleet we had left behind in Sweden.

Onto the next leg, the long, oh so brutally long, transatlantic run to Panama City. I never get used to these flights. This was an older plane and we were crammed in like sardines! I was seated by the window thankfully, but there was only enough shoulder space for one of us on the other side… for about nine hours… Oh and this never fails, you either get a poor unhappy screaming baby or mr. body odor next to you – it was the latter on this one. Oh and did I mention the flight was nine hours. Well, you just have to suck it up and keep an eye on the price.

We finally landed in Panama City. A stark contrast to Schiphol. Hot. Loud. Messy. No wifi. Spotty signage… I was looking for my gate… gate 4… a leap of faith… (see photo below). I tried to find a quiet corner but failed. A three hour layover without functioning wifi, the beginnings of a technology detox. Finally I was airborne again for the last leg to Costa Rica. Long day!

I arrived in San José soon after 9 pm local time. The moon was balancing on the tip of the wing as we were coming in for landing, almost full. I had forgotten that the moon looks different on this side of the world, the bite is taken out of the top of the disc, not of on the side like it would be at home. It may be the same date in the calendar as the day I left, but an immensely long one as I had gained 9 hours by travelling back in time, well sort of, against the clock at least.

I found my ride, a tired looking bearded man holding a sign with my name on it. The next hour was spent navigating crazy traffic. I really have no idea how the intersections work here as there are no streetlights and seemingly no signs. Our conversation was rather interesting due to him only speaking Spanish and me, I’m sad to say, do not. Alas, we finally arrived at Hotel la Rosa de America. A surprisingly tranquil little oasis at the outskirts of the bustling city. During the course of the evening the the whole group slowly assembled, arriving on various flights from Stockholm, Copenhagen and me from Gothenburg. We were to be nine in total plus guides. I was pretty beat after the long travel day and this time had no trouble falling asleep.

The next day we were leaving civilization behind for a very long time. 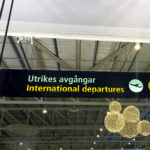 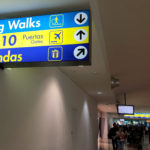 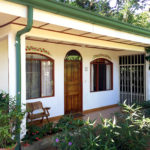