Wow, time flies… we are halfway through the desert! Although it does not feel very desert-like at the moment as we woke to a healthy dusting of new snow in Big Bear. We had enjoyed our first zero here but now wanted to grab a short weather window and get off the mountain to lower altitude before the next weather front dropped even more snow, it is in the forecast for overnight with temps down to about -9C (16F) as well.

It actually turned out to be a beautiful day on trail with everything around us covered in a soft blanket of new snow. Temperatures stayed below freezing all day but as soon as we climbed out of the valley up to the ridge the clouds cleared and the sun came out. Magical!

We dropped down from about 7500 ft to 5100 ft before camping up that night, hoping to get down below the snow line. We almost made it, the tent was only covered in a light dusting of snow the next morning, and quite cold. Much more snow would have dropped further up the mountain though, and we were walking out of it before lunch. It was a pretty nice and sheltered camp spot here though and someone had even left some trail magic baby bottles of wine!

We passed some natural hot springs on this stretch too, but it was only mid-day when we got there and quite crowded. Not really our scene, so we kept on going.

The PCT is a pretty fast trail by comparison to what we are used to. We are pretty comfortable doing 20+ mile (32 km) days now so we are covering more miles faster than planned. We even pushed a massive 28 mile (45 km!) day to Cajon Pass a couple of days ago in hopes to beat the next storm front to Wrightwood.

Seems we have been chased by storms for a few weeks now which requires some planning in trying to avoid being up on the higher mountain passes, like San Jacinto/Fuller Ridge, Big Bear or Baden-Powell (all over 2700m), when the storms hit. By next week it looks like the weather might be improving though, that would be nice!

For added excitement, my rain jacket is worn out and simply will not weatherproof anymore… good timing… well I have pretty much lived in it for the past couple of years, so it is not too unexpected I suppose. Gore-Tex like materials don’t last forever. I have a new jacket from REI waiting for me in Wrightwood which is really our biggest motivation to beat the weather into town.

The climb up to Wrightwood is a pretty big day, especially on the back of a 45km day…

You are going from 3078 ft up to 8257 ft over 20 miles, so while not super steep, you are climbing all day and there is no water on the mountain so you have to carry what you need. We finally dropped into town and got the list of local trail angels from the Mountain Hardware store. They must really love hikers here for there were quite a few volunteers on the list. We were invited to stay in the lovely home of Ken and Diana for three nights while we wait out the weather. Really wonderful and generous people! Super nice and much appreciated – gotta love the PCT trail culture!

We plan to be back on trail Friday morning heading up Baden-Powell on our way north! 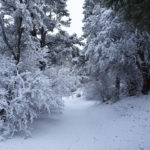 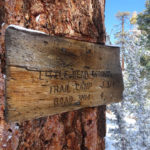 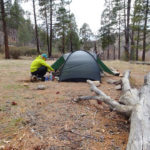 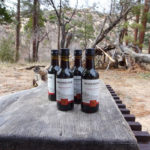 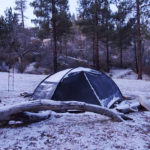 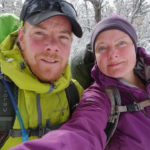 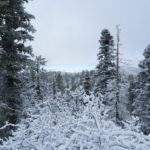 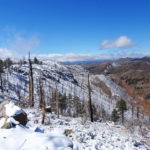 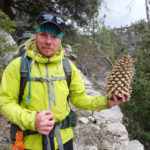 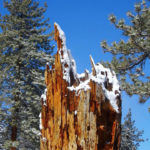 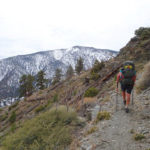 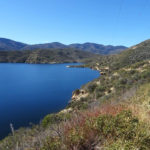 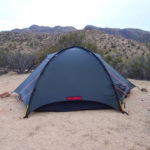 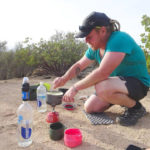 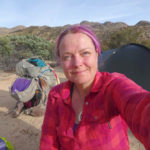 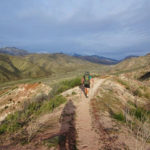 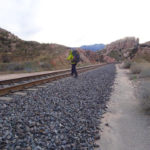 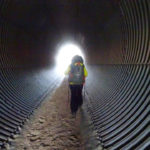 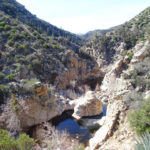 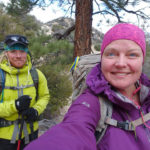 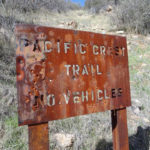 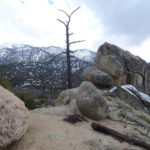 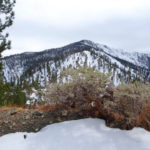 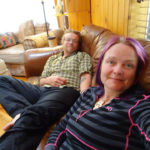