First stage and the first 100 km done! It is beautiful up here in the north and an amazing experience so far.

The northern terminus of Te Araroa trail features the iconic lighthouse at Cape Reinga at the very northern tip of New Zealand. It is a beautiful spot where the Tasman Sea and South Pacific ocean meet – and you can actually see them collide!

A short first day (12.2 km) brought me down Te Paki Coastal Track which follows the beautifully rugged coastline from Cape Reinga to Te Werahi and Twilight beaches. Next awaited the legendary Ninety Mile Beach. Which is actually “only” 88 km, continuous beach along the Aupouri Peninsula. Sort of the baptism by fire for the Te Araroa trail with three days of continuous beach. Beach… beach… nothing but beach… for roughly 30 km per day. The beach claimed the first casualty too… I seem to have left half of my pinky toe (including the nail) somewhere on that beach… Hiking in the sand is brutal! So the last day of the stage called for a plan B. Neither I or my hiking buddy Melanie could really walk another 30 km with our blistered feet. So, we rented a couple of bikes where we had camped for the night and rode into Ahipara instead – by our own power. On bikes. In the sand. In a strong headwind. Failure is not an option!

Well… a stop to the hospital for some antibiotics for my cursed toe and a few extra zero days here and I hope to be on my way again. At least the YHA camping in Ahipara is a very nice place to be laid up for a while… that and an extremely good book!

New footwear strategy moving forward… I have collected my beloved boots from my bounce box a few hundred km earlier than originally planned, and also purchased a pair of sandals for the roads and rivers. Hope this will be a good choice! Time will tell… the Northland forests await! 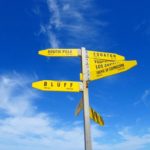 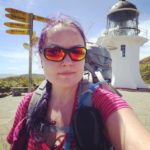 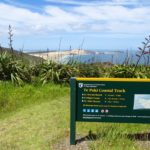 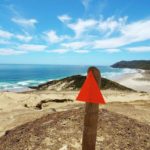 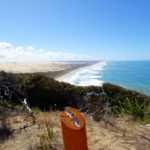 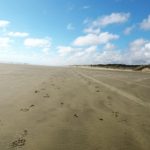 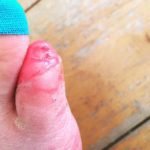 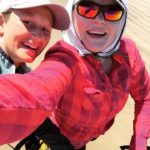 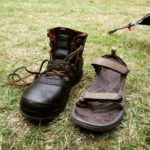 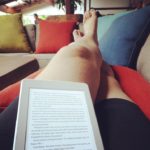 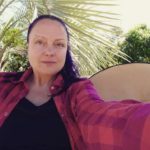