In this episode, we finally reach the Bulgarian Black Sea coast. A dramatic and storm-swept coastline completely deserted this time of year. We spend some time exploring the rugged natural and historical sites. From the stunning Tyulenovo rocks up north to the massive Bulgarian-Soviet Friendship monument in Varna, to prehistoric rock sanctuaries, ancient fortresses, medieval towns and wartime bunkers further south.

The Black Sea coast of Bulgaria

We finally reach the Black Sea coast on New Years Eve. It is a vast 378 km coastline covering the entire eastern border of Bulgaria from Romania in the north to European Turkey in the south. It is a mixture of desolate rocky outcrops, to wast oil fields, to sandy beaches with once fancy, huge hotel complexes in varying states of disrepair. The feeling we get driving through is a bit sad and melancholy. Perhaps due to the fact that it is winter and offseason, but most places look as if its glory days have long since passed.

We start our Black Sea explorations up north where we find the oldest lighthouse in Bulgaria just outside of Shabla. After days of driving, we appreciate the desolation and solitude we find out here. So we park up on an amazing quiet beach just south of the lighthouse for a few days to relax and edit videos.

Continuing south we stop to explore Tyulenovo rocks. It is a really cool site with huge rockformations and caves as well as a very impressive rock arch forming underwater tunnels making it a popular site for both deep water solo rock climbing and diving. While it may be popular on hot summer weekends it is rather cold and exposed now in the winter so we have the place to ourselves.

In contrast to the natural beauty of the rocky coast, Tyulenovo is also famous for its oil fields. The first oil field in Bulgaria was discovered here in the ’50s and lots of old-school oil drills are still in operation here. It feels as if the oil is seeping through everywhere, leaving the ground a muddy sticky mess. Very strange.

Monument of the Bulgarian-Soviet Friendship in Varna

Varna is the third-largest city in Bulgaria and the largest city on the cost. While we are not really in the mood for city explorations at the moment, we are keen on exploring the enormous communist monument here and find a place to park up for the day.

The Monument of the Bulgarian-Soviet Friendship was created in the ’70s to honor the friendship between these two nations. It must have been quite impressive in its heyday. More than 20,000 trees and shrubs were planted on the approach, and 301 steps called the Staircase of Victory led up to the top. Here, four Soviet soldiers and three Bulgarian women are portrayed, cast in massive concrete holding a silent vigil over the city.

Probably the most interesting detail is the huge cold war bomb shelter and massive tunnel network spanning underneath the site though. Urban legend has it connecting strategic points in the city as well as extending all the way to the coast about 5km away.

While closed for visitors these days, we snuck in for a closer look. Quite an impressive structure and the views from the top are amazing!

We continue south along the coast, mostly trying to get a sense of the place. One thing is for sure. Google has not spent as much time mapping this part of the world as the west, so it is very hard to discern what roads are actually passable. More often than not we encounter muddy paddocks and locked gates when trying to park up for the night using satellite maps as a guide. But after a while, we come to expect it and it just becomes part of the adventure.

Sometimes parking up after dark lead to some problem solving the following morning. Getting stuck in the mud on the beach near the town of Chernomorets being one of these times… We knew we were going to have to work to get out, but wanted to check out the nearby peninsula first. The beautiful Akin cape host both the early Byzantine fortress of Akra and an extensive abandoned world war bunker complex worthy of exploring.

Back at the van, we had quite the mission to get out. We are glad we packed snow chains for this trip… who knew they would be equally effective on mud?

We spent an afternoon strolling through the ancient cobbled streets of Sozopol, one of the oldest towns on the Bulgarian Black Sea coast. The first settlement here dates back as far as to the bronze age. A pretty cool feeling for someone like me. I am from an island in the Pacific where we simply don’t have history like this.

We don’t tend to do a lot of research beforehand, preferring the spontaneous encounters that happen naturally this way. Beglik Tash is definitely one of these. Beglik Tash is a prehistoric rock sanctuary just north of Primorsko on the southern Black Sea coast. Only recently rediscovered, in 2003, the site holds several distinct boulders and carved rocks including sacrificial stones, a stone throne, astronomical clock, labyrinth, and a holy womb cave. This is where, according to the Thracian tribes who re-used the site in the iron age, the mother goddess gave birth to her son, the sun god. Pretty cool.

The weather is nice and warm for once, so we also decide to go for a day hike in the area before heading out.

Heading for the border

We have had enough of the cold and barren Black Sea cost so we decide to push on towards Turkey and head for the nearest border. The Strandzha Mountain, in the south-eastern corner of Bulgaria on the border with Turkey, is largely unpopulated. So the road leading to the Malko Tarnovo border crossing is best described as an unmaintained, pot-hole infested forest road. We are just happy Dory made it through without any flat tires or dropping the suspension in the process!

After a few interesting weeks on the desolate Black Sea coast of Bulgaria, we are looking forward to exploring Turkey next. We need a pause from traveling and spend quite some time in the vibrant, multicultural city of Istanbul. We have finally been granted an interview time with the Swedish immigration—at the embassy in Athens. This is the whole purpose of this journey, and the big day has finally come! So, a little nervous we set off towards Greece. While the area is really beautiful with lots to see, after five months on the road we are longing for home. So we decide to begin the long journey back home to Sweden as soon as the interview is done — but more on that in the next episode of nomads for love. We’ll see you then! 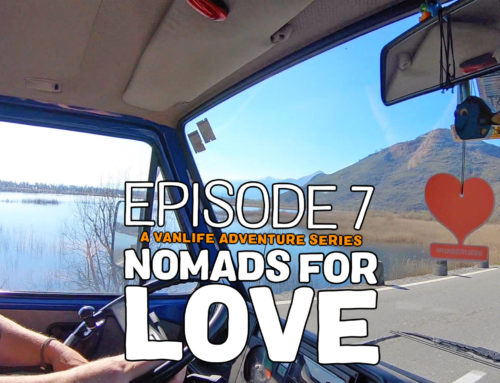 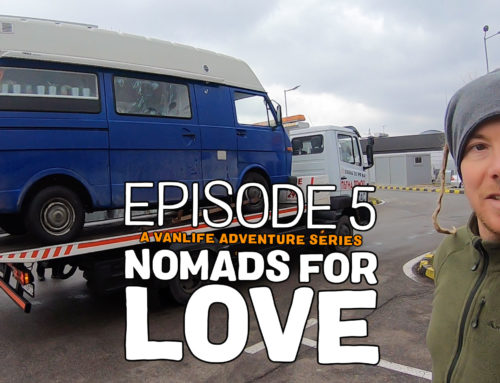 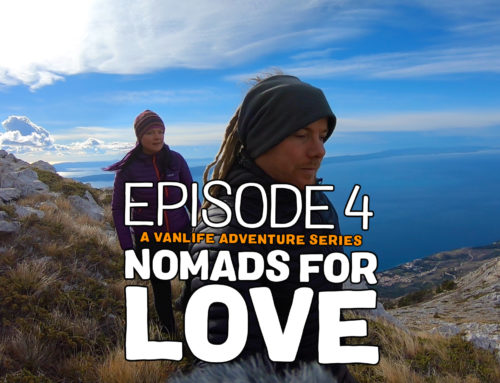 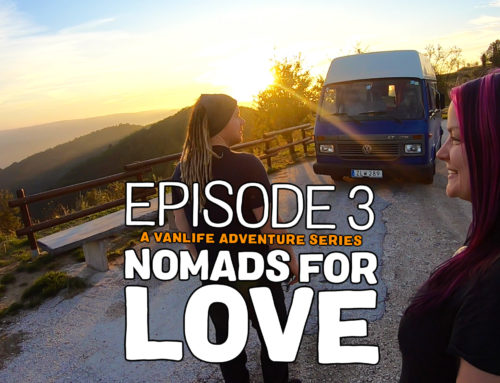 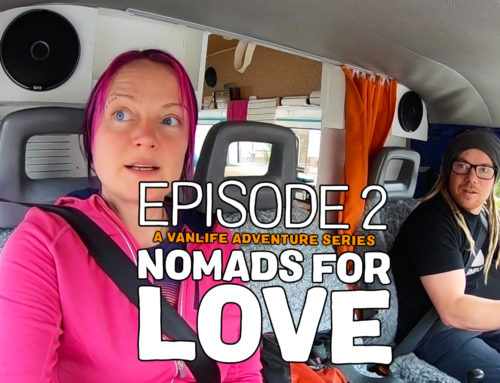