Morning fog around El Copal made it seem as if the large wrap-around porch was floating in the canopy of the trees surrounding it. Quite magical! Most of us got up early, 5:30 to be exact, to watch the sunrise and do some bird watching from the porch before breakfast. Actually it was a hawk who woke me up, very strange call, sound more like an owl, but a nice alarm none the less.

With all of us being a bit jet lagged, getting up early was not much of an issue, but a really strenuous hike might have been. So we welcomed another leisurely, albeit a lot longer, walk around the pastures and rainforest close to the lodge for the day. It was shaping up to be a very nice one, sunny and much warmer than yesterday. Almost a little too nice if I may be so bold as heat is not my strong suit. It was rather hot walking in the sun the first few kilometers but soon the forest lining the path offered some welcome shade. Eugenio sayd the weather is unseasonably nice and dry and that we are lucky! I was not sure what to expect weather wise with the super El Niño in force this year. It could apparently go either way, but as we were to find on our trip, it made for an unusually dry season.

We followed a dirt road on a mild incline all day so the walking was technically easy, a gentle start for us to find our hiking legs. We also really scored when we found a tree that was recently knocked down with an absolute treasure trove of orchids on it. Among a few things we found several beautiful Diodonopsis (Masdevalla) pygmea, nice large specimen plants with lots of flower buds on the way. Really made my day!!! We found some Lepanthes too, some Maxillaria, Dichaea, Epidendrum and lots and lots of Stelis, they seem to grow like weed around here.

We got back to the lodge for lunch and then went for another short walk before we lost daylight. You loose the light so fast here and our headlamps came in handy before we made it back. We saw a few more orchids, but mainly it was a nice and easy jungle stroll. Although at one point a tree had fallen across the trail and we had to bushwhack around it. A bit muddy. We saw a snake too, though Daniel said it was not venomous.

We enjoyed a nice supper before settling in for the night… though… rice, beans and cilantro with every meal. It is becoming a bit of a joke amongst the group. Tomorrow we leave for Las Alturas. 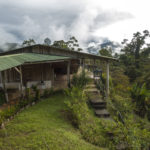 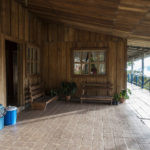 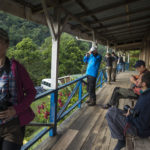 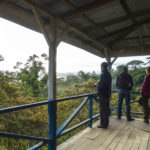 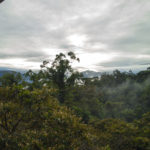 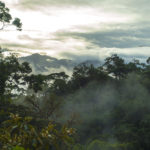 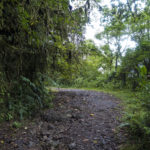 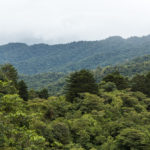 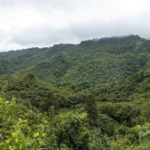 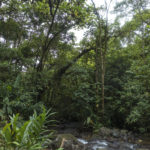 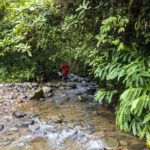 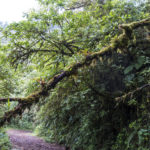 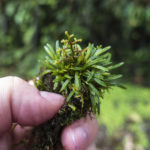 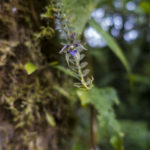 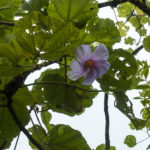 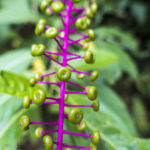 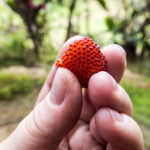 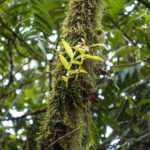 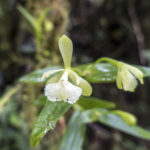 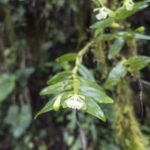 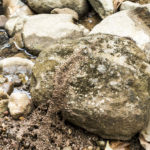 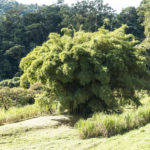 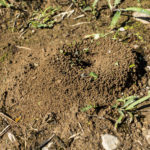 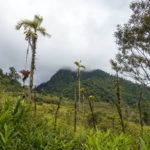 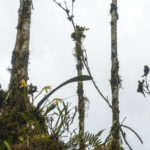 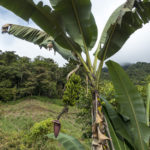 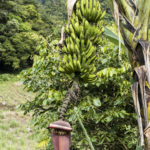 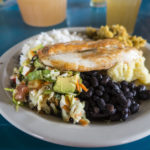