Sarek has an almost mythical allure for hikers. The sheer massiveness of the place (1970 sq km) is one thing, but the pristine and remote true wilderness is almost hard to comprehend. The park boasts about a hundred glaciers and six peaks over 2000m, including Sarektjåkkå (the second highest mountain in Sweden), and another two hundred peaks over 1800m. Due to the long trek in and notorious weather though, the mountains are seldom climbed and there is basically a whole lot of unknown to explore. Often called “Europe’s last wilderness”, Sarek is seen by many hikers/mountaineers as somewhat of a rite of passage. This is the story of ours.

We entered Sarek from the north and worked our way south over the course of eight days, a 120km trek from a to b not counting all the elevation gain/loss along the way. We caught the early morning ferry across lake Akkajaure and started our walk by rounding the impressive Akka massif. The weather behaved for the most part but heavy rain clouds were ever-present. This was to become the norm for the week with varying degrees of wet each day. Sarek is known for trapping weather systems and is actually recorded as one of the wettest places in Sweden.

The day looked really promising so we began the approach to our first ridge. The climb up Kantberget’s western ridge was fairly steep but not complicated …unless of course, you carry 11 days of food and gear on your back… Fantastic views and a stunning ridge walk between the unnamed 1730m peak and the summit at 1857m made it all worthwhile though. About a meter wide rocky ridge with a 200m sheer drop down to a glacier on one side and an 800m drop down to the valley below on the other sure got the adrenaline pumping! Stunning! Just when you think things could not get much better, a Golden Eagle soared up from the valley and circled above us for a great long while. Magic! Unfortunately, the summit became unreachable as the morning sunshine suddenly began to give way for hail and sleet accompanied by heavy gusts of wind. Keeping an eye on the approaching weather front we were forced to begin our descent early down a less than an ideal route. Steep scree mixed with slippery and unstable rocks followed by snow and ice fields dropping off over crazy bluffs became more manageable as we came down a bit and descended out of the worst of the weather. As soon as we came down far enough we camped up and got out of the wet to get warm.

The next morning we woke to cold driving rain so we promptly rolled over and went back to sleep, despite the realization that the hastily chosen camp spot from last night was truly shit… half way up a mountain on a patch of sloping grass and scree. Oh alright, it had looked a lot flatter last night, lol… We finally got a move on down Ruohtesvágge valley toward Skárjá, the only bridge and also the only emergency shelter in the national park. After countless river crossings, high due to the late spring and residual snowmelt, we reached the tiny (possibly 6 sqm) shelter. With wet and cold feet we thankfully piled in, greeted by a cheerful German scout group of 6 plus a guitar. The evening turned into a fun social event with singing, cooking, heaps of chocolate and stinking wet gear hanging to dry everywhere. When we finally called it around ten and retreated to our tent the wind had picked up significantly. The tent was threatening to do a Mary Poppins on us, so we (Scott) were forced to get creative with some wall building and securing the storm lines before tucking into our sleeping bags for the night.

The tent stood the test, gotta love my Hilleberg, and we woke to a much calmer day. Still cold and wet, but at least the wind had subsided. Heading down the iconic u-shaped Álggavágge valley for the better part of the day we enjoyed the leisurely pace for a change. This is a truly magical place! Fairly easy going, for the most part, grassy, a stream snakes its way through the length of it. The surrounding peaks, covered with a dusting of snow from last nights storm, framing the landscape lending an almost spiritual quality to the experience. But since we are bent on picking our own route for this trek we left the serene valley behind about halfway to head up a pass on the opposite side. This involved a rather rough river crossing followed by a painstaking climb pushing through frustrating dwarf willow thickets and saturated marshlands infested with mosquitoes. But he who perseveres will be rewarded. As soon as we had climbed out of the hellacious death-zone we found the most amazing camp spot! Hidden on the steep slope of Niejdariehppe was a perfect little flat grassy spot, by a stream, protected on three sides and with beautiful views of the sunset. As the clouds began to clear it actually turned into the most amazing evening. Sunny and warm so we even managed to dry out some gear. Sweet!

Waking up feeling energized we decided to stick to our original plan and head on up and over the Sarvestjåhkkå ridge at around 1600m, despite the indecisive clouds hugging the mountain that morning. After yet another gnarly river crossing we headed up the 500m north face of the unnamed 1562m peak just east of Sarvestjåhkkå. We felt strong and made good time despite the technical climb. Nearing the top the weather turned rather quickly though and what started as a light rain soon developed into a full-on blizzard up on the ridge. Near whiteout, wet and freezing cold we once again were forced to find a quick exit down to lower ground. So instead of continuing up on the ridge as planned, we sidled below the next summit onto the snow basin where we made a quick descent cramponing down a huge snowfield to the Sarvesvágge valley for a dry change of clothes, a hot cup of tea and dinner. A bit of drama on the ridge, but all in all a really fun and exciting day. Wow, Sarek sure does not disappoint!

Still yearning to stay up high, we climbed over the mostly snow covered Jiegnavágge pass at 1300m the next morning and ended up having another quite remarkable day. The weather had much improved and as soon as we began descending into the Njoatsosvágge valley on the other side the sun came out. Two beautiful glacial lakes line the valley floor and they turned into glowing emerald gems in the sunlight. Perfectly calm and positively summery for a change. Amazing! About midway down we got bluffed out though and the safest way to continue was to rappel down the side of an amazing waterfall adding a bit of an adrenaline kick to the end of our day. It was a magical feeling to drop into this little piece of paradise the way we did. Most people walk into this valley from the south, then simply turn back, totally missing the great reveal of the lakes from above. I would not trade this day for anything!

Summiting the 1383m peak on Tsahtsa right after breakfast the following morning we came up on the completely fogged out Goabrekjávrásj lake plateau. It made for a wet and really eerie walk. Strangely beautiful in its own way. We kept seeing reindeer appearing and disappearing into the fog. Easy to lose your bearings up here so we were happy about the iPhone GPS to keep us on track. Once down in the valley on the other side, we first decided to go straight in for Kvikkjokk through the huge Thuoldavágge valley. But after a couple of hours of battling through hopeless marshlands, nnever-endingbirch forest and gnarly willow thickets we finally bailed on the low ground and headed up high through Ruonasvágge instead, desperate for some respite from the lower valley nightmare. We finally cleared the treeline and camped on a beautiful small plateau just below the saddle. Amazing views, phenomenal sunset, and a fun water filling story we might tell you about some other time… Let’s face it, we’re not valley people, might as well accept fact and keep on climbing.

Woke to another foggy morning, camped right in the middle of the clouds rising out of the valley. Mystical and a bit surreal feeling. Still intent on pushing for home that day we sidled through the steep and slippery rock fields of Vallevágge in no time, then powered on over the vast and endless ridge heading south. Quite a nice day actually. Felt like the calm before the storm… (turns out it was, apparently Sarek received a ton of snow right after our exit…) Heaps better than the valley of hell route we had abandoned the day before. Searching for trail we finally found one to bring us in the last 7km of the 25km that day which made for an even faster pace. Pretty nice to zone out and just power on after a week out without trails. We finally entered the Kvikkjokk mountain station just ahead of the next weather front. A hot shower and a warm dry bed have never felt better!

We have had such a fantastic adventure! Full of amazing experiences through one of the most remarkable places on earth. Feeling so lucky and alive right now! Yeah… living the dream! 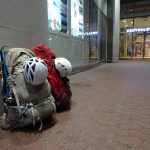 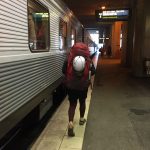 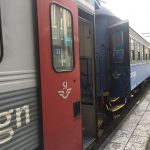 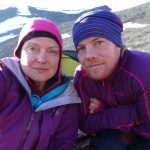 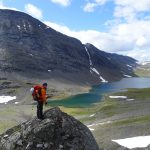 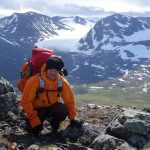 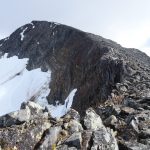 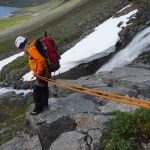 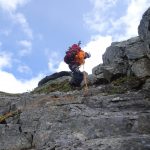 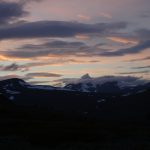 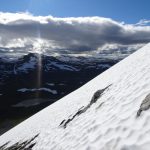 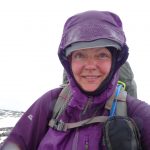 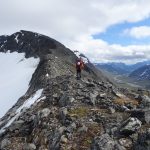 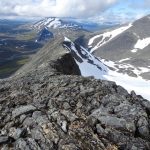 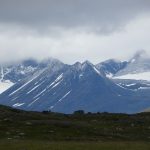 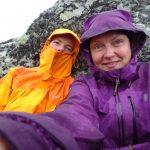 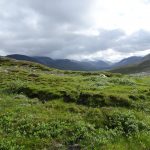 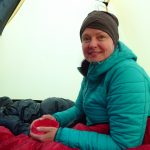 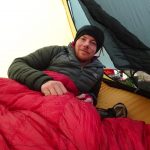 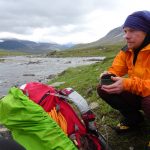 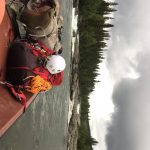 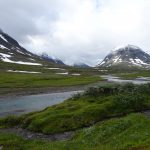 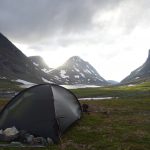 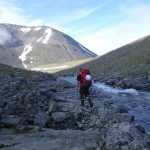 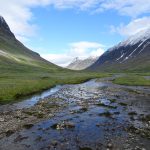 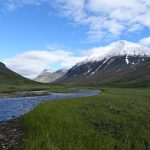 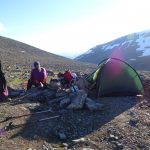 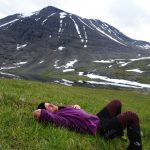 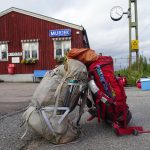