So what is this “rebootatforty” business you ask?

I did not think the act of turning forty a couple of years ago was especially traumatic – age is just a number – but it did bring a lot of thoughts and questions I have been wrestling with for the past few years to a head. I really recent the term mid-life crisis, it makes you sound like a helpless victim, but what about mid-life awakening? Researchers have found that even though mid-life is often a time for reflection and reassessment it is not always accompanied by the psychological upheaval popularly associated with a mid-life “crisis”. Well, regardless of psychological upheaval or not, I’ve had my share, I refuse to identify with the word crisis, so I search for a better one. I prefer to look at it as a journey of discovery which for me culminated in the realization that I needed to clean house and reboot life. Hence #rebootatforty … As with any old thing, this reboot is taking a while, two years and counting, but I am finally ready for the next big step.

Whether this is just the beginning of the next phase or the big crescendo of the journey still remains to be seen – but I have decided to walk 500 km this summer to find out!

I am doing a thru-hike of the famous 440 km long Kungsleden (The King’s Trail) plus a few extra days of hiking in Sarek National Park, a remarkable place along the way touted as Europe’s last wilderness, so 500 km in total. I am walking nobo, starting at Hemavan in the south on August 1 and finishing in Abisko in the north mid September sometime. Most people tend to walk this trail sobo, but I prefer to walk with the sun in the back and finish at the top of the world instead. I have been dreaming about doing a proper thru-hike for a long time now. I have even done significant research on the PCT (Pacific Crest Trail) already, but then the “Wild effect” happened… (the number of hikers on the PCT boosted by 10-fold following Cheryl Strayed’s bestselling memoir and the subsequent 2014 Hollywood film.) Crowded! So I have have put those plans on ice until things calm down a bit. Crowds are not what I seek when I am out! So, instead Kungsleden will be my first thru-hike. Granted, still a popular trail, but nowhere near the same scale as the famous North American trails.

Originally I had planned to hike alone, but upon realizing that a good friend of mine was planning a similar hike with similar objectives, we decided to join forces and my “reboot-at-forty” and Helena’s “50:50” hike is on. It is quite a logistical puzzle to prepare for and plan a hike like this, but that is really all just part of the fun. We are going to be out walking for 6 weeks up by the Arctic Circle in Sweden, far from any supermarkets, so we are sending up resupply boxes by bus to the mountain stations along the route. These will provide a weeks worth of food and supplies. Although there is some infrastructure for hikers along Kungsleden, we have chosen to be self sufficient with our gear and tents in between supply stops. The one week sojourn into Sarek is a whole different matter altogether though… no infrastructure and no trails (other than animal trails)…truly wild. We are also self sufficient in that we do not share anything, each of us carrying a tent, stove etc.

The goal here is not to race through the wilderness to reach the end, but rather a chance for quiet contemplation and reflection, far from civilization and the interruption of modern conveniences such as connectivity and electricity. I am looking forward to 6 weeks of a “simpler” existence where food, shelter and survival will be the main focus. Plus some serious quality time with my own thoughts. I am not sure how I will come out on the other end, but I am sure it will be a transformation, and this is what really intrigues me.

I am bringing many inspirational and influential thoughts and ideas with me on my hike. Life observer, philosopher and self proclaimed digital evangelist Jay Shetty provides plenty of food for thought on the subject while “thinking out loud”. This video in particular is pretty much at the core of it for me:

This message hit me in the face like a ton of bricks! We most certainly do need to redefine happiness, and I will work on this change in my life moving forward!

As usual I will not blog live, but I will try and share a few thoughts and snapshots on Instagram and Twitter along the way. We should have access to electricity and wifi at the mountain stations about once a week, but who knows… 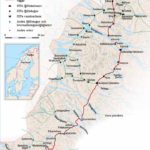 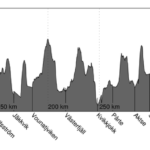