Moving on south, fast. Too fast! It seems as if time is speeding up the closer I get to the end!

Crossed over from Canterbury into Otago now. Lots of big rivers and big lakes on this stretch… most notably the mighty Rakaia and Rangitata rivers and beautiful Tekapo, Hawea and Wanaka Lakes. Good thing I am far enough south not to get drenched by the tail of cyclone Debbie hitting hard up north right now…

First few days after a resupply is always harder, the backpack is sooo heavy! Crazy much food onboard these days, hiker hunger in full swing! Amazing how much fuel you need when you walk about 10 hours a day. I have learned that the tipping point, the point when the backpack starts feeling really light, happens when I have about 3-4 days of food left. So stretches with frequent resupply options are of course golden. A double-edged sword that one though… as I think the further removed I am from civilization the better.

After a tricky hitch around the Rakaia River hazard zone (deemed unfordable and not part of the trail), a quick visit to Christchurch for a resupply and a surreal stop-in at the fairgrounds in Methven (complete with sheep shearing contest) I was back on trail again. Lots of huts of varying standard through this section, though most are quite old and very rustic and predominantly favored by mice. It is still a nice change from tent life, even though I really do love my tent!

The Rangitata, another large braided river deemed a hazard zone, was the next river en route. All the nobo hikers I have met the past week have said the water levels are nice and low now so I wanted to cross it. While the river was low, never past upper thigh, it was pretty fast moving water at times so you had to be choosy where to cross. Aside from a pretty gnarly quicksand scare I made it through fine.

Leaving the river behind the trail follows a beautiful gorge onto the Two Thumb track, a high country trail, and a challenging traverse through Te Kahui Kaupeka Conservation Park. The huts en route are apparently classic musterers’ huts. One could call them historic – or rodent motels. Take your pick… The trail offers a mix of track and river walking plus a few massive climbs, including Stag saddle (1925m), the highest point on the Te Araroa. I decided to freedom camp on a plateau just below the saddle and save the big reveal for the next morning. Great choice! A phenomenally beautiful camp spot, enveloped in early morning clouds. I even saw a cloudbow (a rainbow made of clouds)! Then the clouds lifted and the sun came out just as I approached the saddle summit and the views from up there were simply stunning! I opted for the ridgeline walk down from the saddle instead of the marked route through the valley and it sure did not disappoint! Spectacular views of the snow-capped mountain range boasting Mt Cook as its crown jewel. Simply stunning! Such an amazing walk!

From here the trail drops down to Lake Tekapo and then follows the canal, a 47km stretch where camping is not allowed. So I opted for renting a bike between Tekapo and Twizel, cutting this less inspiring section short (time wise).

Next onto Breast Hill track. From Stodys hut the trail just follows an old farm track towards Breast Hill, but a nobo hiker told me about an alternate route, up onto a high ridgeline. The weather was good, so of course, I opted for that! Turned out to be an amazing walk, I really love being up high! Some really demanding climbs and gnarly sidles but well worth it! Exited pretty much at Breast Hill summit (1578m) affording stunning views over Lake Hawea with the Alps, including Mt Aspiring, framing it nicely.

After a whirlwind tour of Wanaka waited for the Motatapu Alpine track. It follows a pretty demanding line through the mountains and is not for the faint of heart. I think I did 1500m up and 1400m down over three peaks (not counting all the other countless ups and downs in between) in one day here. Some steep sidles and pretty exposed ridgelines too. It was quite windy and I was nearly blown off a few times, no joke! Really nice new huts through here though.

Finally, I enjoyed half a rest day in Queenstown. I got in pretty early and stayed the night. I got some amazing ice cream, a legendary Fergburger (of course), did my resupply and got cleaned up a bit (shower and laundry). Queenstown is a pretty little town, very touristy, but still nice!

So, another stage is done! It is so incredibly beautiful down here in the south and I am loving every minute! It is getting really cold though, winter is coming. Only a bit over 300km to go now… freaky! 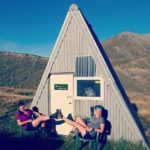 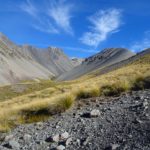 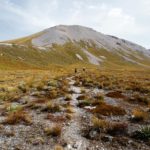 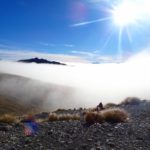 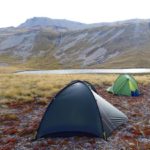 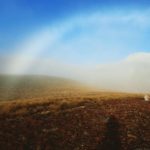 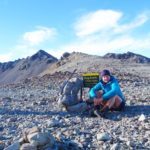 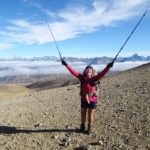 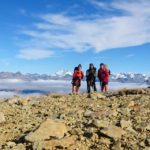 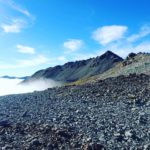 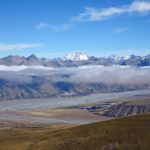 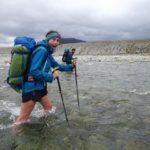 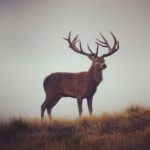 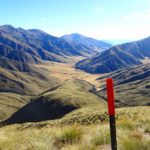 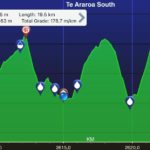 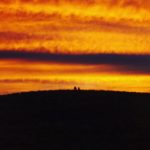 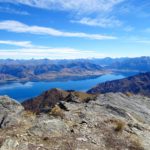 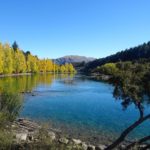 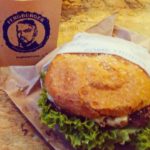