This was another AMAZING stage!! Almost too much to process. I feel sooo incredibly alive right now!

Took a rest day in a sunny St Arnaud to go swimming in Lake Rotoiti, gorge on pizza, hang with friends. Good times – but only for a day. After that, I get restless and want to keep on walking! There are a lot of huts on this part of the south island. I really love my tent, but the huts have been a nice change, a novelty that is hard to resist. Nice and social and a sanctuary from the sandflies which can be quite bad down here. Thankfully they don’t bother you while walking, but as soon as you stop…

One highlight of this section was definitely all the gorgeous lakes, and most of all Blue Lake, the clearest freshwater lake in the world. Absolutely stunning! A big day to get there though. A long drawn out climb in the morning through damp cool forests and I was sweating buckets but freezing at the same time. Came pretty close to feeling a bit hypothermic actually. Really weird. Warmed up pretty quick on the big summit climb up the Traverse Saddle (1787m) though. Enjoyed some spectacular views and a lunch up there above the tree line! I did not want to leave. Love being up high!

Next awaited the Waiau pass crossing, which turned out to be my absolute favorite day on this stage. It was a spectacularly warm and sunny day, so I stopped for lunch and went skinny dipping in Lake Constance on the way up to the pass. There were actually two big climbs that day, the second of which was Waiau Pass (1870m), the second to highest elevation point on Te Araroa. That climb was pretty much as steep up (as well as down) as you can go without actually calling it rock climbing! A true challenge! Gorgeous terrain though. Alpine mountains, lakes plus tons of streams and waterfalls everywhere. I did not think anything could top Richmond Ranges, but this was truly magical! Ok, so maybe not better, but at least as good, just different. Wow!!!

Freedom camped by the Waiau River shortly after the gnarly descent from Waiau Pass. A very nice spot and a perfect ending to an amazing day! I also realized how much I have missed my tent! So lucky with the weather too, though this would change… there was a 5-day weather bomb forecasted. As promised the following 5 days was very cold and wet. The mountain tops around us even got a light dusting of snow that stuck for days as freezing level dropped down to 1200m and the trail was at around 800m at the time.

A few other highlights on this stage was the beautiful Lake Sumner and an incredible wild hot spring on the trail not far from the Hurunui huts. Dropped my pack, stripped down and got a nice hot soak in the rain. It was amazing!!!

Walked over the historic Harpers Pass. A lot of river crossings along this section, a few pretty big ones, kept things interesting. Lots of trail washouts too. Some worse than others… On one detour through the dense bush, without any markers what so ever, I even managed to get properly lost for some time before finally bushwhacking it through with the GPS to find the trail again. There were some really technical trails and boulder hopping up rivers as well. The whole climb up to Goat Pass was in a river gorge, zigzagging across the river all day. Those “trails” have been really fun to do, despite wet feet for days on end.

I picked up my third south island food drop at Arthurs Pass before walking on towards Lake Coleridge. A nice trail over the highlands, forest and along rivers here. The summer weather had finally returned too and it is so nice to be dry and warm again! You have to hitch around the Rakaia River as it is much too big to cross even at the best of days, so I took the chance to hitchintoo Christchurch for a day. I wanted to visit, but most of all I needed to pick up some new insoles for my boots. My old ones had accidentally melted getting too close to the fire about a week ago and duct tape can only go so far. Sleeping here tonight at a friend of a friend’s house – sweet! It will be an interesting hitch up to the trail again in the morning though. The road up there look pretty small and desolate… wish me luck! 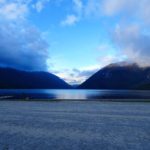 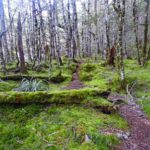 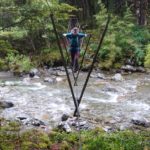 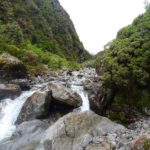 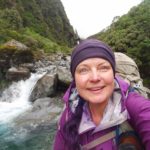 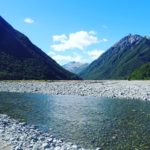 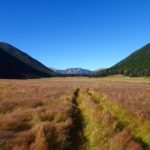 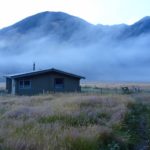 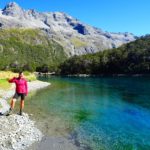 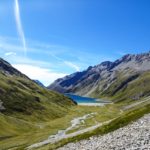 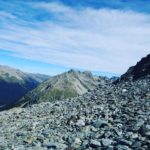 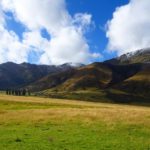 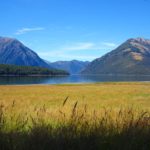 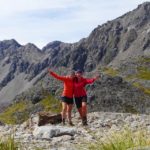 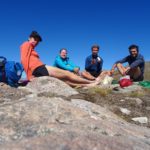 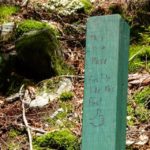 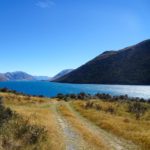