The second day out of Hamilton came some of the nicest moments on the trail – so far. After climbing the gate by the road to follow the Karamu Walkway through farmlands I came up on some beautiful rolling hills with views for miles – finally!

I really needed this day. I prefer desolate highlands, and I have really missed it on this trail. Soon after I met a farmer droving a huge herd of sheep using a 4-wheeler and 4 dogs. Very cool to see. I was holding my breath standing right in the middle of the herd as they passed.

Next waited Pirongia Forest and my first hut on trail, the Pahautea Hut just past the Pirongia summit (959m). It was a beautiful day, sunny with amazing views, but it was also a challenge. Last half up to the summit was really muddy, steep and wet. Took about 4,5 hours to climb 8km – that is saying something. I really enjoyed it though, a beautiful day! The descent the next day was a different story… a grueling insanely wet and muddy descent demanding as much concentration as luck to get down in one piece. Only lost my footing once though.

Blew into Waitomo on the tail of a gale I think. Severe weather warnings issued further south but I think some of it spilled over up here with crazy horizontal rain mixed with hail that came down so hard it hurt when it hit bare skin! Wind almost knocked me over several times! Respect! Stayed the night at the backpacker’s hostel to dry things out a bit.

Next, a quick resupply stop at the New World in Te Kuiti on my way to the Pureora mountain range. The cold and wet weather persists. I reached the Ngaherenga campsite at the base of the mountain drenched and tired after a couple of days of road walking in the rain. Thankfully the sun came out for a few hours at the very end of the day so I managed to dry at least some of my gear. Good thing since the next three days will be across a remote alpine area with altitudes promising cooler temperatures. The route passes by three rustic huts though so at least I can sleep dry. Local people keep telling me that this isn’t normal weather, it is supposed to be warmer and more stable summer now, but alas.

Despite the weather, Pureora turned out to be the most enjoyable forest I have walked through so far. Here I also passed the 1000km mark, and have thus completed one-third of Te Araroa. Yeah! Huts were of mixed standard but a nice change. The forest was lush and dense with beautiful moss covered trees mixed in with more moss and mythical looking ferns and tree ferns. Not as worn of a trail through here either, just a normal little forest path. The mud was even acceptable, on a “normal” level, not adventure-mud level. That said, the last day coming out of the forest after 48 hours of solid rain the trail was more or less a river with some pretty gnarly near vertical descents. I have some new bruises and scratches to show for it too. Then awaited 32km(!) of road walk into Taumarunui and a well-deserved rest day to get warm and dry again. Although most of the day went to resupply and planning the next stage, an exciting one with both volcanoes and a river journey. Should be amazing! 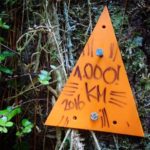 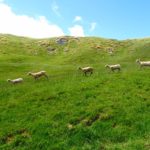 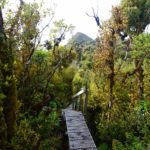 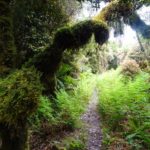 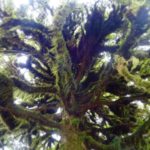 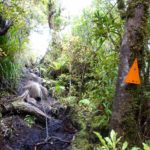 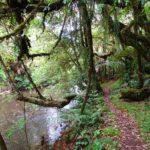 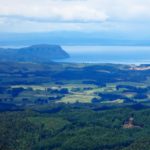 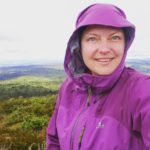 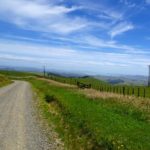 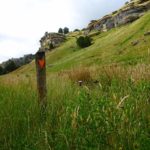 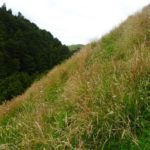 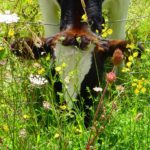 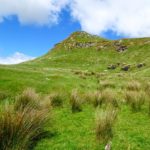 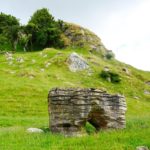 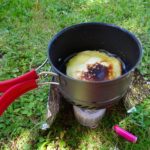 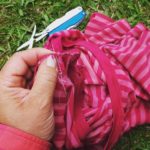